Hello again, James McAnespy here, founder of New Ireland TV. Back again on this the 27th of January, and big news today is that Reddit has pretty much torpedoed capitalism!

A subreddit on Reddit, obviously, called Wall Street Bets — it seems to be just a lot of amateur investors we're trying to, sort of, predict short selling.

They were trying to predict short selling on the New York Stock Exchange, and they successfully did it with a company called GameStop. Basically it's a business that looks like it doesn't have a lot of future because it’s a bricks and mortar video games company, whereas the entire industry seems to be moving to online shop fronts and storefronts, and away from physical sales in that industry.

The market really wants to move in that direction so GameStop was looking like a sort of bad investment. So we had a lot of vulture capitalists were coming in to basically bet on the fact that the shares would go down. And so this subreddit — this forum of amateur investors — decided to bet against the short selling and seem to be winning — and they seem to be winning massively.

The short sellers needed to guarantee that they were going to continue to buy the shares, they were expecting the shares to be, you know, much lower than they paid for them. But in fact, they were more expensive than what they paid for them and a lot of these vulture capitalists are losing billions of dollars and all I can say is WHEEEEYYYY

The entire stock exchange and stocks & shares is just an absolute joke. It’s basically just a very expensive gambling forum. you bet on, say, the price of oil is going to go up or down in three months time. That's basically a lot of what they're doing that's selling futures.

There's a lot of them where they will bet on mergers and acquisitions so all they want to see is more mergers and acquisitions. What what it turns into then is that down on the high street, and instead of having, you know, vibrant businesses that are serving their communities from the ground up, or created innovations in products or services.

What you have is now businesses are starting up with the express intention of being bought out. They're not serving their customers - they’re not even looking to necessarily make profit! They're just looking to be sold, and it's it's making capitalism eat itself, which it has been doing for about 100 years.

But now it's becoming so ridiculously unsustainable that even people who have normally been a supporter of stocks & shares, or even investors, are sitting looking in thinking this is not a sustainable model.

The entire modus operandi of capitalism is growth and it's always infinite growth, which is obviously impossible. Any person who studies thermodynamics will know that infinite growth is just not possible — sooner or later something will have to crash down.

Usually this meant a sort of “correction" in the markets, so you had the things like the Wall Street Crash of 1929, and that sort of thing and right up to the 80s.

But then they stopped letting the market correct itself; they started bailing out the financial institutions every time it looked like there might be something going on. So, for example, if the New York stock market fell more than 20 percent they would close the market immediately.

So they weren't actually operating a free market economy, they were operating a protection racket. The numbers involved in the stock exchange; you're talking about tens of billions and trillions of pounds changing hands on a daily basis.

That is all imaginary. There is no way that they could actually produce that value of currency in one physical space, even if the entire physical space was the entirety of the surface area of the land on the planet.

I think most people now on ground level are starting to realise this. I think that even people, as I said, who would traditionally be the sort of wannabe stocks and share types — the chattering classes — are even getting to the point where they cannot, without irony, defend the scenario, when the likes of Jeff Bezos is the richest person in the history of the planet… on paper.

The great leveller of capitalism is the idea of open competition: whoever innovates better, whoever brings something to market that is either better or less expensive for the consumer, are generally going to are usually going to triumph in the long run, or they'll have to keep innovating in order to maintain their market dominance.

Again that has been completely wiped away so any residual benefit that capitalism might have got from innovation? It's out the window now because all that happens is one player gets dominant in the market; takes over their biggest rival; and takes over 70 market share, and then they're untouchable. So it’s got the point where, you know, less than 10 companies in the world probably own about 80 percent of all intellectual property on the planet!

But stay tuned to New Ireland TV, we've got lots of fresh intellectual property that we will be entertaining you with from here on out.

We're still a bit of a tinpot operation, but stay tuned you will see us grow; and grow organically and sustainably. And we will be seeking to make profit, we'll also be looking to serve our customers and innovate as much as we can because we are a new TV station for a new IrelandNew Ireland TV is available FREE worldwide on Roku and Amazon Fire TV stick. No additional signup required, simply download from the channel store and enjoy! 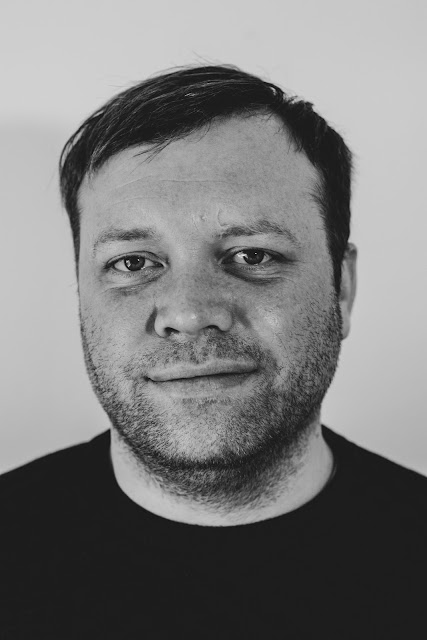 Check out these new headshots from August 2020. Obviously I’ve needed to update my professional photo to reflect that I’m now well into my 30s and I decided to change up the tone with something a bit more gritty. Photos by @thomaspollockdirector who is running a fantastic offer during the month of August. So if you’re an artist in Belfast looking to update your photos, get in touch with him. #headshots #actor #actorslife #30something #grittydrama #jamesmcanespy #irish #irishactor 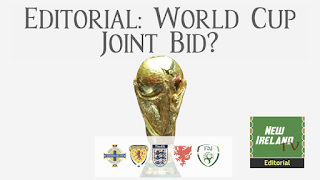 #NewIrelandTV #FIFA #WorldCup  There is a plan for a five-team bid for the 2030 World Cup. It's absolute bollocks. (For a start, are UEFA going to be happy that they lose a quarter of their qualifying spots?)

Half way through the run of Romancing the Score

We're approaching the half way point of the run of Romancing the Score, Shane White's play about a 5-a-side pub team in Belfast, playing at the Pentameters Theatre. The cast of eight includes myself as the player-manager, Brian Fitzpatrick; Victoria Armstrong as an intrepid young journalist; James Antony as 'under-cover agent' Grish; Jon Adams as striker Frankie; Mark Moore as undertaker Six Feet; Damien Regan as sullen barman Jim; Paulina Ferry as Miriam and Maura Judges as Bessie. Directed by John Dunne, the action takes place in a contemporary Belfast "pub of misfits" as they doggedly seek out their first win in the local five-a-side league. It runs in Pentameters Theatre (28 Heath Street, London NW3 6TE (Hampstead tube)) Tuesday to Sundays until February 22 2015. Tickets can be purchased online for £10 at  http://www.irish-theatre.com/  or £13 on the door.