Posted by James on March 26, 2017
UPDATE 𝕺n May 10-12 I'll be performing in J.M. Synge's Playboy of the Western World. The play is considered one of the great works of Irish literature (a very coveted field - it would be no exaggeration to say that Irish literature is possibly the most prolific in the world), and caused riots upon its premier in the Abbey Theatre in 1907, led by one of the founders of Sinn Fein, Arthur Griffiths.


The main objection was that the comedy portrayed a sexual side to Irish people, that some would preferred remain taboo. Two characters Sara Tansey and Honor Blake are openly flirting with the title character Christy, with dialogue dripping with double entrendre:


One particular line uttered by Christy towards the end of the play was quoted as sparking the riot that overshadowed the opening of the play:

"It's Pegeen I'm seeking only. And what would I care if you brought me a drift of chosen females, standing there in their shifts itself, maybe, from this place to the Eastern World?"

He's basically saying he would care if he could choose a girl from a underwear catalogue (a 'shift' was a woman's undergarment), he would still choose the girl he has fallen for. Within a lifetime, this idea was so quaint that Father Ted would satirise the idea of a festival designed to portray Irish women in a not dissimilar way ("Of course, they all have lovely bottoms").

Looking past the scandal - an unfortunate side effect of the Irish Independence movement's close ties to the Catholic Church in opposition to British protestantism, a poisonous relationship that would retard Ireland's development for decades after partition - the play gained popular traction very quickly, likely because of it's exquisite dialogue, full of lilting musicality and timbre, while capturing the breadth of the Irish colloquial vernacular.

What I immediately picked up from this reading of the play (my third performance, but first as the lead) was the similarity to a certain occupier of the White House. In the play, a newcomer with a great command of words sweeps up the locals and they heap their praises upon him, until it turns out that his words were not matched by his deeds, and they turn on him with venom, causing him to utter the words:

"Shut your yelling, for if you're after making a mighty man of me this day by the power of a lie, you're setting me now to think if it's a poor thing to be lonesome, it's worse maybe to go mixing with the fools of earth."

I wonder if anyone else will be having such epiphanies in the next four years?

It is a very challenging piece for an actor, because of the lyrical quality of the writing - the lines become very tongue-twisty, and difficult to memorise exactly. As I mentioned, this is the third time I'm performing it so I was very familiar with the tone and pitch, but it's the first time I've played Christy. The last production I was part of, Thomas Finnegan was Christy, and he was revelatory, with a towerful of energy that he brought to the part, which he won an award later in the year for. He has since been a mainstay on the Lyric stage, a personal ambition of my own, which shows the esteem the part is held in.


Our production is on in the Crescent Arts Centre for three performances on April 1st and 2nd, with a matinee on the Sunday at 2pm. Tickets can be purchased here. 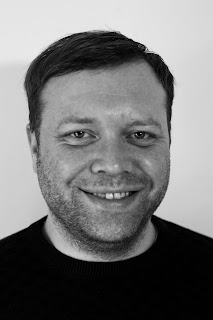 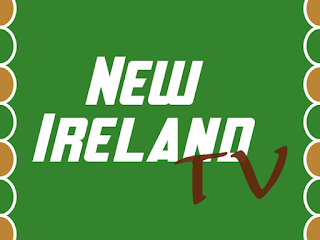 New Ireland TV does not collect your data. However, Roku , Amazon Fire TV, Google and other platforms may collect data you have already consented to in order to make their services run correctly.

This past Friday and Saturday I graduated to being a performed writer and staged director, all through the wonders of the 24 hour play format. This was Accidental Theatre's Fast & Loose program , organised as part of the Queen's Quarter Weekend , and performed in The Space in Queen's Student' Union . The brief was simple enough, a play had to go from conception to performance in 24 hours. There were a few caveats - no budget (all set and props had to be begged, borrowed or created from scratch, Blue Peter-style), a pre-set cast, and each play was to be within 7 minutes long - but working within restraints such as these helps nurture creativity, rather than inhibit it. The set up was that writers, either in groups or individually, were sequestered in The Seamus Heaney Centre of Queen's University, from 8pm to 7am, to write the play. Then at 7am, the cast and directors took over and brought the words to life while the writers got some much-needed sleep. The idea w