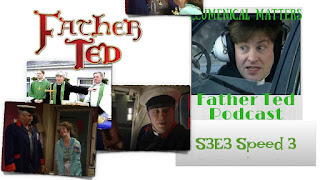 PAT MUSTARD! Comedians Victoria E Armstrong and David Doherty-Jebb commandeer a milk float in this seminal episode. Randy milkman Pat Mustard has been getting Mrs Doyle all hot and bothered, and Ted doesn't like it. He organises a sting operation and the fallout has Dougal in charge of the milk run. Unfortunately, Pat has left a little surprise on it if Dougal's speed goes below 4 mph. Jack adopts a new pet brick that comes in useful later on.

We also talk about Francophones misunderstanding Touts Out graffiti in Belfast, the virtues and follies of Mrs Brown's Boys (The Greatest British sitcom of the 21st Century according to Radio Times readers), ageing ferrets and I officially respond to Graham Linehan's comments on Father Ted tribute shows. #JamesMcAnespy 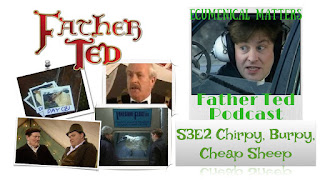 #MichaelKeane #EdinburghFringe #JamesMcAnespy #FatherTed Actor, writer and improv artist Michael Keane is at the Edinburgh Fringe Festival, cowering from the menace of the Beast in this terrifying mystery episode. Ted's got in over his head, betting the entire heating allowance on Chris winning the King of the Sheep 1998, but Chris artistic temperament has been put askew by the howling of the beast. Everything is a bit askew as Mrs Doyle finally gets to use the sheep tea, Dougal takes up shoplifting and Jack temporarily feels the serenity of a leap y
ear.  We also delve into running the numbers at weddings, extreme artistic temperament, Yeats quotes and Tropical Birds in South East London. Fuckin' 'ell. 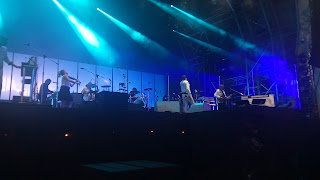 𝔚hen Arcade Fire decide to call it a day, they will be hailed as the most influential band of the early 21st Century, so when Belfast music lovers look back on their performance at Belsonic 2017, they may do so with a hint of embarrassment. Similar to the legend that Led Zeppelin debuted Stairway to Heaven in the Ulster Hall (only to be almost booed off the stage - they are trying to erase that part from the brochures), Belsonic's opening night might find it gathers up quite a few phantom attendees in the next few decades.