Composer and musician Marty Devine serenades us through Craggy Island's melodious tribute to Eurovision. Ted and Dougal go through some creative differences, but emerge with the classic My Lovely Horse (well, the lyrics at least).
Jack's drinks cabinet has got a very expensive new addition and Mrs Doyle's brutally honest critiques would do well on the Judges panel of X Factor. We speak about the lasting impact of having a gay couple on TV not doing anything gay, try to translate Fred Rickwood's gibberish, contemplate World War 4: Celebrity Superfans and LSD Communion. Dick Byrne is at his conniving best, and we pay tribute to Caroline Ahearne, who had died earlier on the day we were recording. Marty takes us through some of his songwriting process (Don't play the f**king first note - the f**king first note is already f**king down!)
Father Ted Marty Devine podcast YouTube

Press Release Omagh Actor in Irish Premiere of Arthur Miller’s Play ‘Incident at Vichy’ Omagh actor, James McAnespy is to appear in the Fringe Benefits Theatre Company Company production and Irish Premiere of ‘Incident at Vichy’, Arthur Miller’s one act play set during the round up of Jews in Vichy France in the Second World War. Ten men are held prisoner by fear, with no way out and only one final solution. The play is at the Crescent Arts Centre on the 4th, 5th, 6th of November 2010. Tickets are £8 and £10 and available at the Crescent box office and online at www.crescentarts.org. ‘Incident at Vichy’ is an exciting production that explores the themes of guilt, denial and complicity with the state forces of authority at the start of the round up of Jews in Vichy France in 1942. It is directed by Adrian Cooke and co-directed by Cathy McCullough from Fringe Benefits Theatre Company. James McAnespy, actor with Fringe Benefits Theatre Company, said: “I have wanted to act in this p 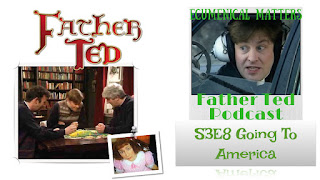 I’ve been interviewed in the excellent Dublin based website ExplorinDublin.ie about New Ireland TV Read it here!

Revival of Arthur Miller's Incident at Vichy in the Belfast Synagogue

Fringe Benefits are reviving Arthur Miller's Incident at Vichy at the Belfast Hebrew Congregation, Wolfson Centre on Sunday March 13th. Following on from the sell out run of the Irish premiere in November 2010, popular demand, and a specific request from Jewish community in Belfast has meant the show has been revived as part of the Jewish Community festival. This is great news for the company, and it will be great to get the show on again for all those who were unfortunately turned away at the door due to the high demand for tickets during our last run. The same high demand is expected again, and added to the fact that the tickets will be free, if you intend to go, ensure you get there early to avoid disappointment. The Belfast Hebrew Congregation is in Wolfson Centre, 49 Somerton Road, BT15.